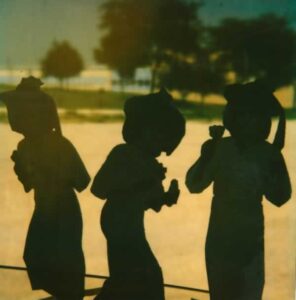 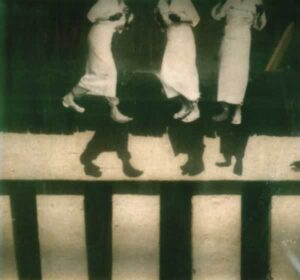 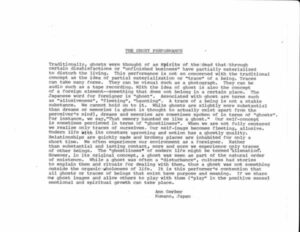 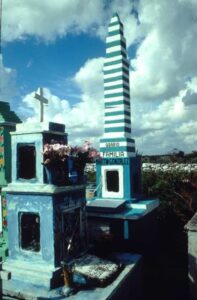 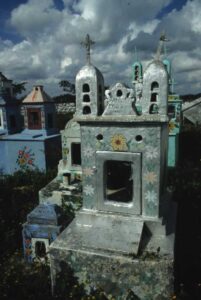 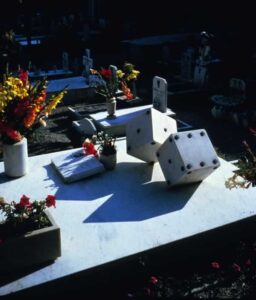 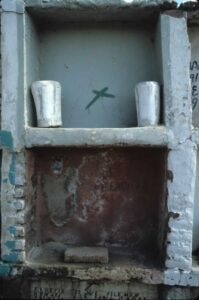 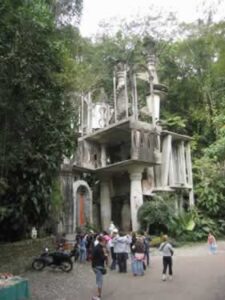 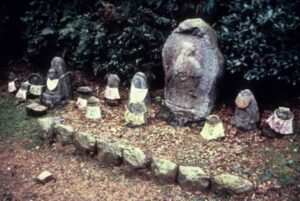 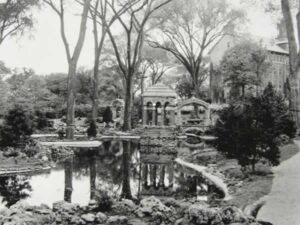 Our Mother of Sorrows Grotto build by William Lightner, 1930 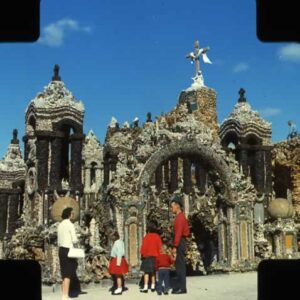 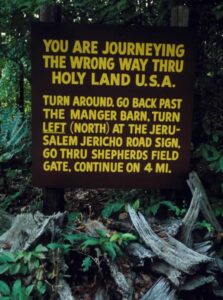 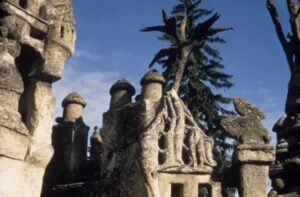 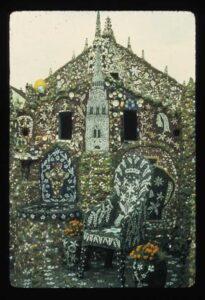 The Throne of the Third Heaven of the Nations Millennium General Assembly, James Hampton, D|C. Janitor spent 15 years building this from found materials and aluminum foil in a garage. Discovered in 1964 after his death. Photo courtesy of Smithsonian American Art Museum in D. C. 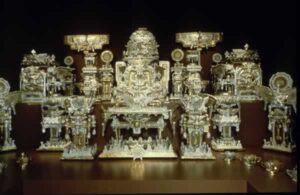 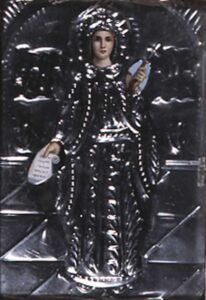 Contemporary Greek icon made in Athens of Aluminum tooling material in 1970s. 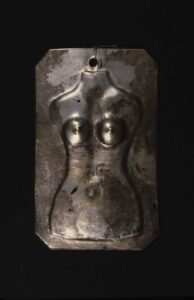 Gold record Plague for No Mercy, the One Night Stand Band, by Chuck Barth, 1982. 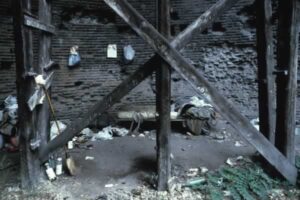 Home I discovered in 1985 created by homeless man outside behind the Roman Coliseum, Italy. 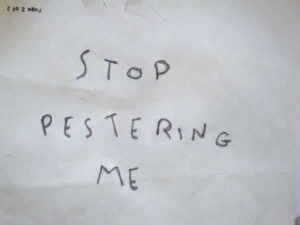 Note found at CSPS Hall, Cedar Rapids, when I moved my studio there in 1989. 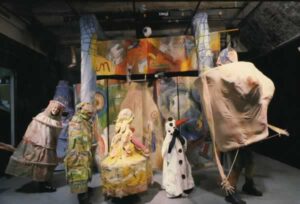 Vicki Grube with Emma and Nelle in a performance of Pinkys Custom Cakes. 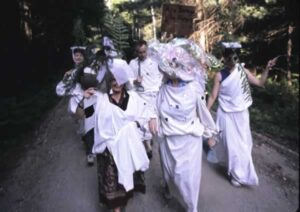 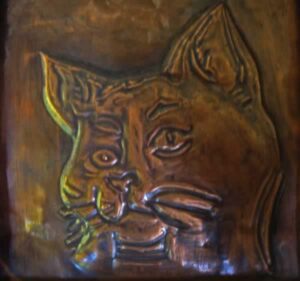